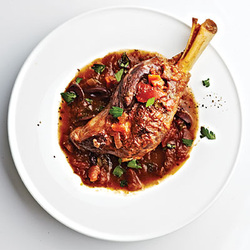 “Halal is not a choice for Muslims but a requirement”

Halal is a Quranic word meaning lawful or permitted.  In reference to food, it is the dietary standard, as prescribed in the Quran the Muslim scripture.

Islam is not a mere religion.  It is a way of life with rules and manners governing every facet of life. Since food is an important part of daily life, food laws carry a special significance.
Halal is not a choice for Muslims but a requirement.  Muslims are expected to eat for survival, to maintain good health and not to live for eating. In Islam, eating is considered to be a matter of worship of God like prayer, fasting, alms-giving and other religious activities.

Muslim eats to maintain a strong and healthy physique in order to be able to contribute his knowledge and effort for the welfare of the society.  Muslims are supposed to make an effort to obtain the best quality nutritionally.

It is mentioned in a Hadith that the Du’aa (prayer) of a person is rejected by Allah if his food is Haraam. Another Hadith states that Jahannam (hell-fire) is more deserving of the flesh which has been nourished with Haraam.

The basic principle is that all things created by God are permitted, with a few exceptions that are specifically prohibited.

To make something lawful and unlawful is the right of God alone.  No human being, no matter how pious or powerful, may take this into his hands.  Falsely representing unlawful as lawful is prohibited. It is unlawful to legalise God’s prohibitions by excuses.

The reasons for the prohibition are due to impurity and harmfulness.  Good intentions do not make the unlawful acceptable.

What is permitted is sufficient and what is prohibited is then harmful, God prohibited only things that are harmful while providing better alternatives.